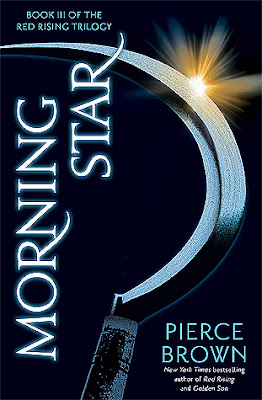 #1 NEW YORK TIMES BESTSELLER • Red Rising thrilled readers and announced the presence of a talented new author. Golden Son changed the game and took the story of Darrow to the next level. Now comes the exhilarating conclusion to the Red Rising Trilogy: Morning Star.

Darrow would have lived in peace, but his enemies brought him war. The Gold overlords demanded his obedience, hanged his wife, and enslaved his people. But Darrow is determined to fight back. Risking everything to transform himself and breach Gold society, Darrow has battled to survive the cutthroat rivalries that breed Society’s mightiest warriors, climbed the ranks, and waited patiently to unleash the revolution that will tear the hierarchy apart from within.

Finally, the time has come.

But devotion to honor and hunger for vengeance run deep on both sides. Darrow and his comrades-in-arms face powerful enemies without scruple or mercy. Among them are some Darrow once considered friends. To win, Darrow will need to inspire those shackled in darkness to break their chains, unmake the world their cruel masters have built, and claim a destiny too long denied—and too glorious to surrender. @goodreads 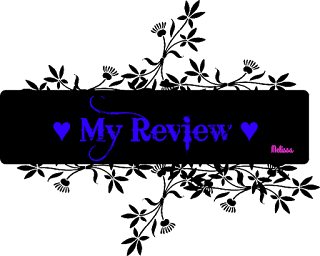 God!!!!!!!!! This book was so freaking good I can't even people! But there were more deaths. There always are, but I had forgotten on purpose some of the deaths. One damn near broke my heart.

One of my loves is gone..... I have to stop loving people in books, damn it!

The crew is fighting all of the evil peeps once again and it finally comes to a head. A few heads.

Re-reading these books on audio has brought me right into the world where it just got me on the edge the first time I read them. They are one of my favorite trilogies now and we have a saga taking the books farther. I'm going to be stressed so much on these next three books. How many more of my loves are going to be killed. How many more people am I going to fall in love with and then they die or maybe not.

There were so many parts in the book I wanted to kill the bad people myself. It was so horrible I can't even stand it! And I was a little mad at Mustang for things she did but I also understand too. I know that doesn't really makes sense but there you have it.

The ending made me cry so much. Good tears and that's all I have to say.


I can be a builder, not just a destroyer. Eo and Fitchner saw that when I could not. They believed in me. So whether they wait for me in the Vale or not, I feel them in my heart, I hear their echo beating across the worlds. I see them in my son, and, when he is old enough, I will take him on my knee and his mother and I will tell him of the rage of Ares, the strength of Ragnar, the honor of Cassius, the love of Sevro, the loyalty of Victra, and the dream of Eo, the girl who inspired me to live for me.

I have to get this off my chest first. When I got halfway or a little more than halfway (hell I don't know) through the book I wanted to toss it!

and then I wanted to jump into the book with my clones and take them all out!

and then the way things were done and the way someone was ripped apart and then the ending I was like okay fine.

Moving on. In the beginning there is a good amount of torture that happened to one of our main characters. They were finally saved about a year later. I didn't like how was of the saviors was killed because of stupidity, but that is neither here nor there.

There was a death that I wasn't happy with at all and I would have traded that death for another in the crew, but that's neither here nor there either.

The ending was pretty sweet though, I mean I can't deny that and if you have read or do read the book then you will or know what I'm talking about. Pax. . . .

I wanted to slap about a million people just getting to the end game though! Accept Sevro, his wit made the book awesome. =)

I have to say again, the death of one of the evil people was sooooooooooo good. I could re-read that over and over! And the death of another evil person was pretty good too. No one helped them die <-- only the ones that have read this will know what I mean by that unless you forgot :-D