The first three books in this series are on Kindle Unlimited if you have that option. Otherwise, I'm listing the prices as of today: March 9, 2017 =) 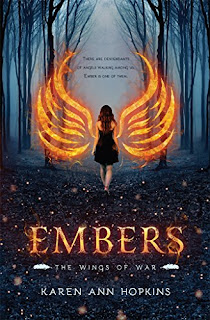 Embers is  99 cent's on kindle today!

There are descendants of angels walking among us. Ember is one of them.

Embers is an epic paranormal adventure/romance about a seventeen year old girl who discovers that she's immune to fire and any other injury when she’s in a horrific car crash that kills her parents. Following a violent episode with her aunt's boyfriend, Ember flees Ohio to live with an old relative in the Smoky Mountains of Tennessee. Ember's exuberance at escaping a bad home life soon turns to trepidation when she learns that she's a Watcher, a descendant of angels.

While Ember is instructed about her heritage and the powers that go along with it, she strikes up friendships with two teenagers who live in a frightening walled compound in the forest. Inexplicitly drawn to one of the young men in particular, an impossible romance develops. But it's cut short when Ember discovers that her new friends are fighting on the opposite side of a war that's been raging between two factions of Watchers for thousands of years. When the compound’s inhabitants threaten the townspeople, Ember takes action, sealing her fate in the ancient battle of good versus evil, and the grayness in between. Ember is up to the challenge, until she realizes that she isn’t only fighting for the lives of the locals and the souls of her new friends. She may be one of the few champions willing to make a stand for all of mankind as the rapture approaches and the end of days begin.

Embers is the first novel in the dark and gritty YA paranormal romance series, The Wings of War. @goodreads 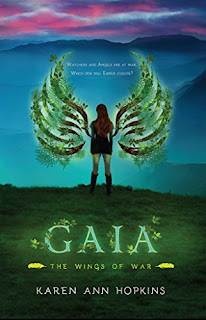 Gaia is free on kindle today!

Watchers and Angels are at war. Which side will Ember choose?

Humankind is on the precipice of the apocalypse.

As the Demons grow bolder and the walls between the planes of existence weaken, Ember is forced to develop her powers as quickly as possible, and she seeks out a powerful earth Watcher to continue her supernatural lessons. Her glimpse of the future demands she fight the dark forces spreading across the earth.

But her new mentor has his own agenda, making her question everyone and everything she ever trusted.

When Ember is thrust into the world of the Watchers, she learns of their plans—ones that defy the scripture and make them enemies of the Celestial Host. Ridding the world of evil gets complicated when it becomes impossible to take sides.

As Ember struggles with morality, she soon discovers that there’s something more frightening than anything she’s faced before. @goodreads


AMAZON LINK TO THE BOOK: 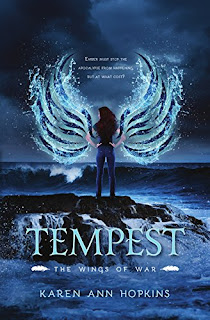 Ember must stop the apocalypse from happening, but at what cost?

The Angels of destruction have arrived, and only Ember stands in the way of their mission to carry out God’s wrath and annihilate His enemies.

When the barrier between celestial creatures and humans beings is broken and Angels descend to Earth, Ember soon learns there’s a fine line between good and evil. As she faces a world full of monsters and magic, a terrifying darkness rises and threatens to destroy everything she’s fighting for.

In the riveting third installment of The Wings of War series, Ember and her friends embark on an epic journey, where unlikely allies are forged and age-old beliefs crumble to dust. And just when Ember accepts love in her life, it’s ripped away from her in the most terrifying way possible. @goodreads

I haven't read these books yet but I couldn't pass up sharing the prices with everyone. And, like I said, they are also on Kindle Unlimited so you don't have to buy them at all if you are in that program.

Posted by Melissa Dog/Wolf Lover Martin at 8:09 AM