The Snow Globe by Jenna Nelson 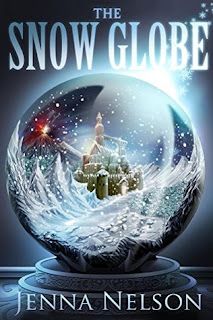 By day, Sondrine Renfrew works at Cimmerian’s Curio Emporium, her aunt’s apothecary and antique shop in London, 1875. By night, she weaves fire, water, and air into both inanimate objects and living creatures. When a hooded stranger offers Sondrine a snow globe in trade for medicinal herbs, she accepts, enchanted by the castle, forest, and sea encapsulated under the glass.

Her enchantment fades, however, when her deceitful aunt betroths her to one of London’s wealthiest men—a complete stranger. Determined to escape the marriage, Sondrine trades her corset for trousers and decides to run away. With one foot out the door, she falls down a veritable rabbit hole into Winterhaven, the haunting world inside the snow globe.

Sondrine soon discovers her arrival in Winterhaven is no accident. There, she meets Shán, a man who broods more than the darkened sky above. Turns out Shán is not to be trusted. Not only is he the man who sold Sondrine the snow globe, he is a bounty hunter employed by the king. The beginnings of a sovereign war have been set in motion and an Immortal queen, one who uses fire as a weapon, is set on destroying Winterhaven. Because of her Elemental gifts, only Sondrine has the means to stop the queen. If Sondrine refuses the king’s request, he will behead her. If she rises to the challenge of killing the Immortal queen, her death is just as imminent. After all, an Immortal queen cannot be killed.

First off the book caught my attention because it's beautiful and there is snow :-) I thought it sounded good as well... and guess what? it was :-)

So Sondrine is this very likable character, she is an elementalist that works in her aunt's Emporium/Apothocary. She has some snark to her and I like that, she's also not into dresses and flaunting around, that's a big plus.

A laugh bursts forth from Madame Pimm's hearty lungs. "You have a vivid imagination, Mademoiselle Sondrine. If girls wore trousers, how would they possibly show off their figures? No man would look twice at them. The lot of you would wind up as spinsters with only a house full of cats to keep you warm at night."

"I don't care about what men want," I say in a defiant tone. "Why do they get to laze about in comfort while I lug around half my bodyweight in fabric on a hot summer day? I'm not some rare insect pinned under glass to be observed by the men of this world. Quite frankly, cats are preferable any day of the week, which is saying a lot, considering their uncanny ability to cough up hairballs at the most inopportune times."
•••••••••••••••••••••••••••••••••

Sondrine is working one day when a man comes into the store saying that he is injured, this lead to that and that lead to this and she ends up with this beautiful snow globe!

Then she finds our her aunt is going to marry her off to some weird dude so she decides to run away, but before she steps out the door to leave she falls into.....the....snow globe. 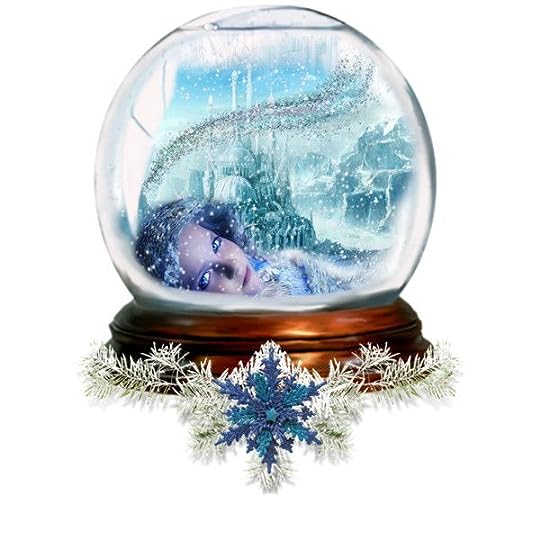 It can't be, and yet here it is, right before me. The town, the castle, and I would bet my life that around the other side of the hill is an aquamarine sea housing ships with billowing sails. Somehow I am standing inside the world of the snow globe.
••••••••••••••••••

Okay, I need to backtrack, when Sondrine first falls through the snow globe she's just in the woods in the middle of nowhere with beautiful snow. Luckily, she runs into a man named Shan Einfari and they travel together, he says he will take her to the city of Isceald or Winterhaven. Shan takes her to the castle and hands her over to the King who is a horrific brute. Yeah, he's one of the off with their heads dudes, even little kids. It seems that Shan isn't a nice guy after all as he was sent to delivery Sondrine to the King because she is an elemental.

There is the whole story about the King imprisoning a Queen in some ice so she won't destroy this world they all live in and he creates snow and blizzards to keep it cold there. But something happened and she's starting to break free so he needs Sondrine to help him. My arse, she might help the people but not him!

There are a lot of wonderful characters in the book as well as some mystical creatures that are real or made. I enjoyed delving into this world and I look forward to what the next book holds in store, because of that ending, and finding out people are not who you think they are, even when you think they are several different things. :-) 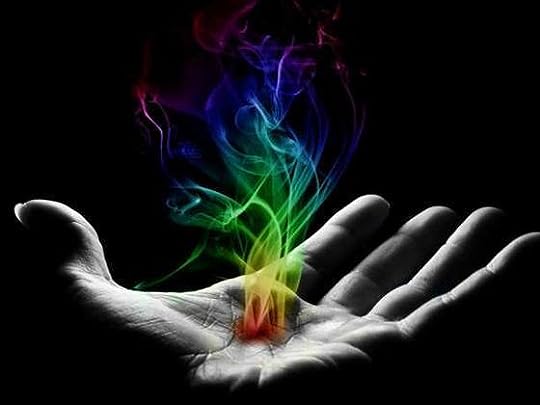