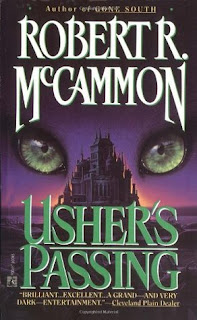 In this most gothic of Robert McCammon's novels, setting is key: the continuing saga of the Usher family (descended from the brother of Roderick and Madeline of Edgar Poe's "Fall of the House of Usher") takes place in the weird and picturesque heart of the North Carolina mountains. The haughty, aristocratic Ushers live in a mansion near Asheville; the poor but crafty mountain folk (whose families are just as ancient) live on Briartop Mountain nearby. At harvest time, when the book's action unfolds, the mountains are a blaze of color. Add to the mixture a sinister history of mountain kids disappearing every year, a journalist investigating those disappearances, a monster called "The Pumpkin Man," moldy books and paintings in a huge old library at the Usher estate, and a secret chamber with a strange device involving a brass pendulum and tuning forks--and you've got a splendid recipe for atmospheric horror. @goodreads

Well this was one bizarre and creepy book!

Rix Usher comes back home because his father is dying. He's been away from some years writing horror stories under a pen name. He hasn't wanted anything to do with his wacko family.

Rix sister Katt is there but she comes as goes as she's a model making her own fortune. His brother Boone lives there with his wife Puddin'. Boone is an arse btw. And they all live in the house with their mother and father.

The Usher's are rich beyond reason as they own Usher Armaments that make weapons for the military, weapons of mass destruction at that. They own the whole mountaintop and there are people they let live around the mountain.

They call him Pumpkin Man and his side kick the panther thing, Greediguts. 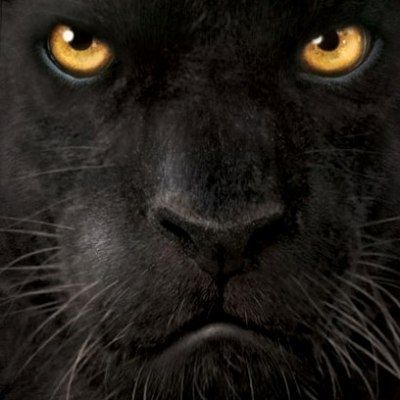 I thought the book was really good! I loved finding out all of these horrible secrets about the Usher's. Rix is wanting to write a book about them and the stuff he finds out is a little nutzy cuckoo!

Oh and I have to mention that I hate the character Logan, they could have set him on fire for all I cared.

Anyhoo, there are many revelations in this book and it's creepy vipe was just great for a Halloween read.

There is also a little boy named New in the book and the Pumpkin Man gets his brother Nathan. There is something different about New, something in his genes that makes him one cool little dude.

I also loved the character of Raven, she owns the local paper. She gets in with Rix and they with the help of New work to bring down the evilness in the woods!

There are other weird and creepy things that go on but you can read the book and decide for yourself. =) *insert creepy music*