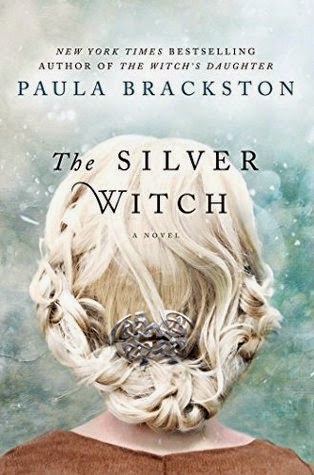 A year after her husband’s sudden death, ceramic artist Tilda Fordwells finally moves into the secluded Welsh cottage that was to be their new home. She hopes that the tranquil surroundings will help ease her grief, and lessen her disturbing visions of Mat’s death. Instead, the lake in the valley below her cottage seems to spark something dormant in her – a sensitivity, and a power of some sort. Animals are drawn to her, electricity shorts out when she’s near, and strangest of all, she sees a new vision; a boatful of ancient people approaching her across the water.
On this same lake in Celtic times lived Seren, a witch and shaman. She was respected but feared, kept separate from the community for her strange looks. When a vision came to her of the Prince amid a nest of vipers she warned of betrayal from one of his own. Prince Brynach both loved and revered her, but could not believe someone close to him wished him harm, even as the danger grew.
In her own time, Tilda’s grief begins to fade beside her newfound powers and a fresh love. When she explores the lake’s ancient magic and her own she discovers Seren, the woman in her vision of the boat. Their two lives strangely mirror each other’s, suggesting a strong connection between the women. As Tilda comes under threat from a dark power, one reminiscent of Seren’s prophecy, she must rely on Seren and ancient magic if death and disaster is not to shatter her life once more.


Read from March 23 to 25, 2015
I would like to thank Netgalley and the Publisher for giving me the opportunity to read this book.

I thought the book and the characters were really good. I liked Tilda a lot, especially after she rescued the dog from some jerks who where abusing her. She brought her home and named her Thistle.

The book is told in two different stories, Tilda and Seren. Seren is a shaman, seer, witch that lived over a thousand years ago where Tilda chose to live. Originally Tilda and her husband were going to live in the beautiful cottage by the lake before a sad accident changed everything. Tilda decided she wanted to do what they had planned. She has a lot of issues to get through, a form of PTSD. She also starts having powers that makes her think she is crazy. I don't want to give too much away so that's all about that.

Tilda meets Professor Williams and his son Dylan, love interest. They all become fast friends and ultimately Dylan helps her with what she needs to do at the end of the book.

Seren is in love with the Prince and he with her, but he is married and you know the story, can't marry below your status. There are evil people involved in the down fall of Seren and their whole village. Although, there might be some that live to pass the line down through the years, I'm not going to say.

I thought this book was a good read. It didn't blow me away, but it is good enough to add to my collection at some point. I would love to read some more books by this author, this is the first one I have ever read. 4 Stars