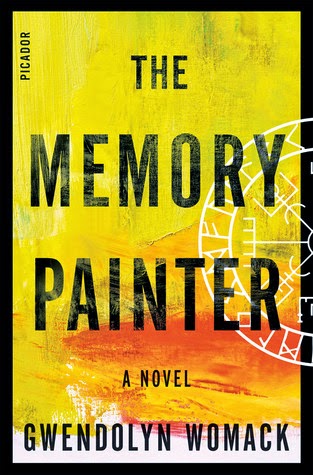 TWO LOVERS WHO HAVE TRAVELED ACROSS TIME. A TEAM OF SCIENTISTS AT THE CUTTING EDGE OF MEMORY RESEARCH. A MIRACLE DRUG THAT UNLOCKS AN ANCIENT MYSTERY.

Bryan Pierce is an internationally famous artist whose paintings have dazzled the world. But there’s a secret to Bryan’s success: Every canvas is inspired by an unusually vivid dream. When Bryan awakes, he possesses extraordinary new skills . . . like the ability to speak obscure languages and an inexplicable genius for chess. All his life, he has wondered if his dreams are recollections—if he is re-experiencing other people’s lives.

Linz Jacobs is a brilliant neurogeneticist, absorbed in decoding genes that help the brain make memories—until she is confronted with an exact rendering of a recurring nightmare at one of Bryan’s shows. She tracks down the elusive artist, and their meeting triggers Bryan’s most powerful dream yet: visions of a team of scientists who, on the verge of discovering a cure for Alzheimer’s, died in a lab explosion decades ago.

As Bryan becomes obsessed with the mysterious circumstances surrounding the scientists’ deaths, his dreams begin to reveal what happened at the lab, as well as a deeper mystery that may lead all the way to ancient Egypt. Together, Bryan and Linz start to discern a pattern. But a deadly enemy watches their every move, and he will stop at nothing to ensure that the past stays buried.

The Memory Painter is a taut thriller and a timeless love story spanning six continents and 10,000 years of history.


Read from March 19 to 22, 2015
I would like to say thank you to the author and publisher for giving me an opportunity to read this ARC of the book.

I would liked to have given it more than three stars but it just didn't grip me like I was hoping.

I loved the premise of the book and some of the characters a lot, well, Linz and Bryan as themselves. I just couldn't get into living all of the lives they live and looking into the past. Of course, you throw in some evilness and there you go.

The way it ends leaves it wide open for a sequel because they are going to go on a hunt for a book.

I really wanted to love this book, and for a bit I was drawn into it, but then something about all of the different reincarnations and stuff have my mind in a state.