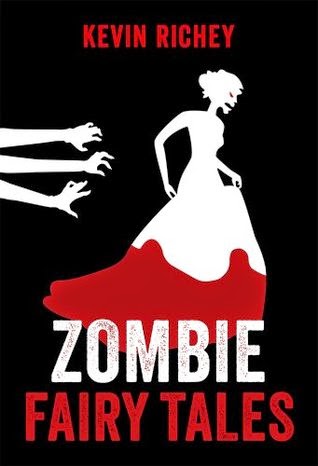 Once upon a time, a mysterious plague beset a quiet village in the woods—a plague of the walking dead. Suddenly, beloved fairy tale characters are thrown into a world of stark violence and horror: Cinderella is worked to death before the ball, Pinocchio is made from children's corpses, and Little Red Riding Hood finds more than wolves in the forest.

Surreal and full of black humor, Zombie Fairy Tales is a genre-bending narrative of a world on the brink of apocalypse, a world with no happily ever afters.

Collected here are all 12 original Zombie Fairy Tales, plus a new 13th tale exclusive to this collection!


Read from January 24 to 31, 2015
This book was good but a bit gruesome for me in some areas. I had my favorite ones picked out but as I read more and more they got lost in the shuffle. I know the beauty and the beast version was really good. There were so many that were really good and others I felt were just ok.

I thought the whole idea was awesome on the authors part. They all were really well thought up in how they intertwined together. 4 Stars


Posted by Melissa Dog/Wolf Lover Martin at 6:57 AM